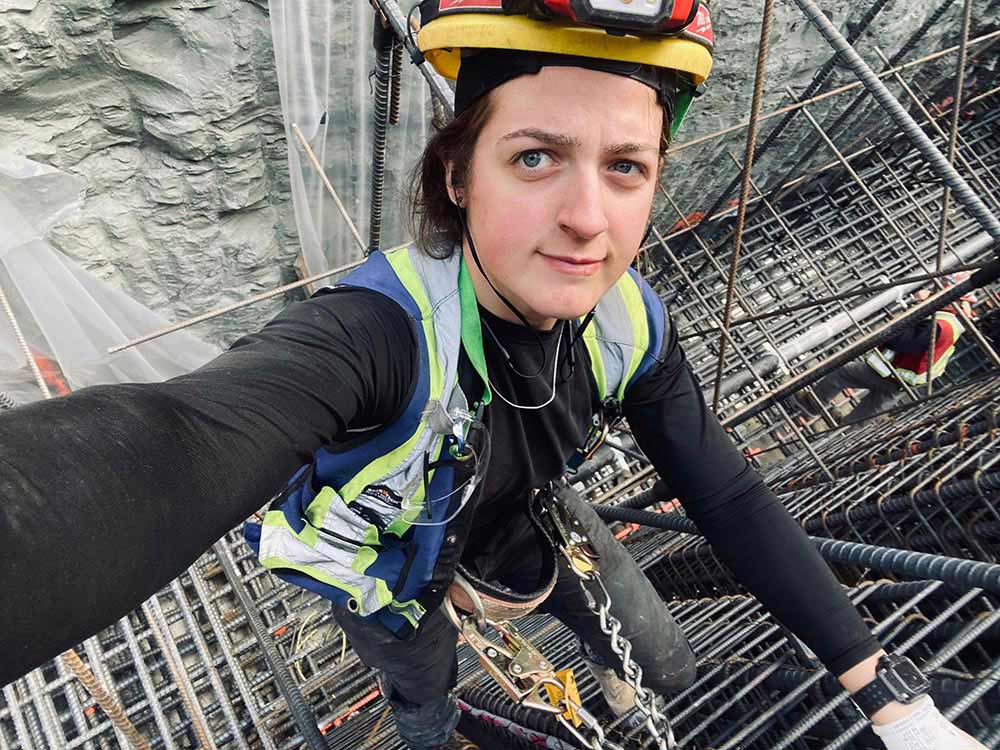 Sarah Raby is athletic and hands-on. She grew up playing soccer and was always at her dad’s side when it was time to get in the shop and build something new.

“I grew up going to the family cabin and was always building things with my dad. I’ve always been hands-on and knew I wanted to work somewhere that would allow me to do so.”

Throughout high school, Sarah thought she would pursue a career in kinesiology and it wasn’t until she started doing more work with her dad that she discovered she had a strong passion for the trades.

As soon as she graduated from high school, she participated in a trades discovery for women program and was instantly drawn to the electrical trade. She started her training in the Lower Mainland then, looking for an adventure, finished the majority of her apprenticeship in B.C.’s beautiful Okanagan.

Sarah was working with a few non-union residential companies doing wood frame electrical during her apprenticeship when one of her friends contacted her.

“My friend, who was in the union and worked for Mott Electric, called me one day and encouraged me to hand in my application because the union was hiring. So, I did. A few months later, I heard back from them and was hired on with the Mott Electrical team. It was probably the best thing that has ever happened to my career because I landed on a crew that I love and am still working with today.”

At first nervous about working downtown Vancouver, Sarah is now embracing each challenge and opportunity that comes her way.

“I enjoy learning the circuitry and am so passionate about working in construction. I love building things and getting my hands dirty. I also really enjoy the brainy side of electrical. I love solving problems, creating electrical designs, and overall getting to use my brain.”

Sarah is currently working with Mott Electric as a B chargehand and is on the path to achieving her dream of becoming an A chargehand. Along with getting her hands dirty, Sarah recognizes the importance of good communication and building relationships in the workplace.

“I don’t like coming to work and just being a number. I think it’s important to make your mark, build relationships and work together with the other trades. I like to think of it as more of a lifestyle than just a job. When you make those relationships, there’s more opportunity for growth.”

A passion for the trades
Share the news
Scroll to top